We interrupt our regularly scheduled recipes to bring you a pinterest-omg-are-you-f***ing-kidding- me liar. (Really, I should say fb liar, as I saw this link on Facebook.) Either way. Liar. J'accuse!

My point is, if you came to this blog article looking for a recipe, you might want to look away, because this post is going to be ripping apart this horrid thing:

First of all, let's deal with the click-baiting title, shall we?

(*seconds later she had uncooked egg...)


YOU'RE NEVER COOKING AGAIN, ARE YOU??? Well, I hate to break this to you, click-baiting liar, but COOKING IN A WAFFLE IRON IS STILL ^%&(* COOKING.

I'm also semi-ok with brownies being put into the waffle iron, because that might actually taste good, if we accept the premise that these brownies are going to be crunchy rather than gooey, which is what proper brownies should be.)

Now, let's tear apart a few of these other "recipes," shall we? Grrr. 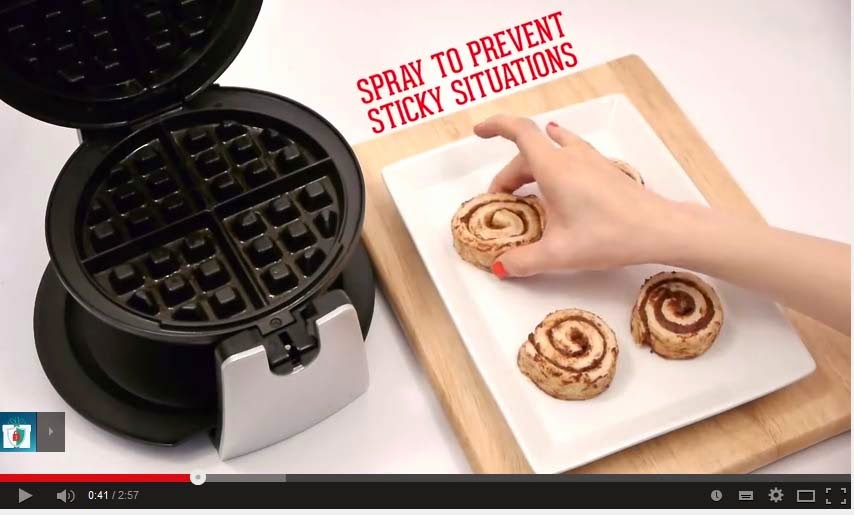 Ok. Cinnamon buns. I like cinnamon buns. But. This. Is. Not. A. Recipe. Cinnamon buns DO NOT GROW IN A CAN. I have a recipe for cinnamon buns. It's a great recipe. It comes from Allrecipes. You make the buns from scratch.  It's a yeast dough. THAT'S a recipe. A really wonderful recipe. If you want to make that, then stick it in the waffle iron, go right ahead.

This? NOT a recipe.


Hash Browns
OH. MY GOD. Did she HONESTLY just say that you could just "pick up a bag of tater tots and throw them on your waffle iron?

I'm going to say this once, and no more:

If it looks like it originated in a plastic bag, it is not food.

If it could survive a nuclear holocaust, it is not food. (Unless it's canned, but we can talk about that later.)

If it would survive longer on a shelf than you would, it is not food.

IF THERE ARE INGREDIENTS IN IT THAT YOU CANNOT PRONOUNCE AND DON'T KNOW WHAT THEY ARE, IT IS NOT FOOD.

Omelette
"Haven't mastered the art of the omelette?" questions the nice hot mom in the video.

First of all, this does not look like a mastered omelette. It looks dried out and disgusting.

Secondly, if you want to master the omelette, don't ask a hot mom. Ask Julia Child (neither a mom nor hot). She'll steer you right.


Now THAT'S how you make an omelette.

That's all the rant I have energy for today, kids. If you don't know how to make an omelette, please, I beg you, do not put it in the waffle maker. (Though, come to think of it, if you haven't mastered the art of the omelette, you probably do not own such ridiculous uni-taskers as a waffle iron.)

If you do have a waffle iron, go ahead and make...waffles. Or grilled cheese sandwiches. Or cornbread. Or banana-nut bread. Or anything else that you want flat with little square shapes.