This post is brought to you by a reader request. Yes, that's right. I don't know how many of you have been following since day one, but I initially declared that this blog would be calling out the Liars of the Internet and Pinterest. (Let's face it, since the internet has become a space for bragging to try to make yourself feel good about yourself, there have been many lies posted on the Internet, haven't there been? Since actually most of us feel like shit about ourselves and need external consumerism and instant gratification to make us pretend to be happy or at least drug ourselves enough to forget we're actually deeply unhappy, right?)

Whoa. That got way deep way fast. Back to food blogging.

Those of you who do recall that (or if not I'm telling you) part of the mission statement of this blog is to call out the internet liars, and in the process of that I invite people to send me things to test..

I'll bet you didn't know I did that, right? Maybe because this is the first time. I know a few of you have actually sent me things to test and I haven't gotten around to it yet because I was busy bragging about how awesome I am being a stereotypical foodie DIY blog. Sorry about that. As an apology, have this video that a friend and reader sent me about another guy out there discovering one of the more prevalent lies of Pinterest, supposedly about how to make drinking glasses out of wine or beer bottles (spoiler alert: it doesn't work.)

So getting back to that mission statement, today's blogpost is brought to you by the letters A and B (thanks, AB!) and the attempt to bake a dessert in a jar. Without further ado, I bring you:


I haven't even tried this yet, and already I'm pissed off about the title. There are TWO LIES in the title, and that pisses me off and does not give me high hopes for the recipe.

Lie 1: "She Fills Old Jars With Fruit And Oil."

The actual instructions of the recipe read as follows: "Whisk it together with a fork and pour it on the fruit, and then top with butter." BUTTER, dumb clickbaiter, BUTTER. Not oil. I really can't trust you, can I?

Instructions: "Bake it at 350 for one hour." ZOMG. I swear to god the next clickbaiter to use the 'I'm never baking again' line and then proceed to BAKE SOMETHING is gonna get hurt reeeeeeal bad.

And now to actually try this recipe.

I can already 100% guarantee, that I'll be baking again. 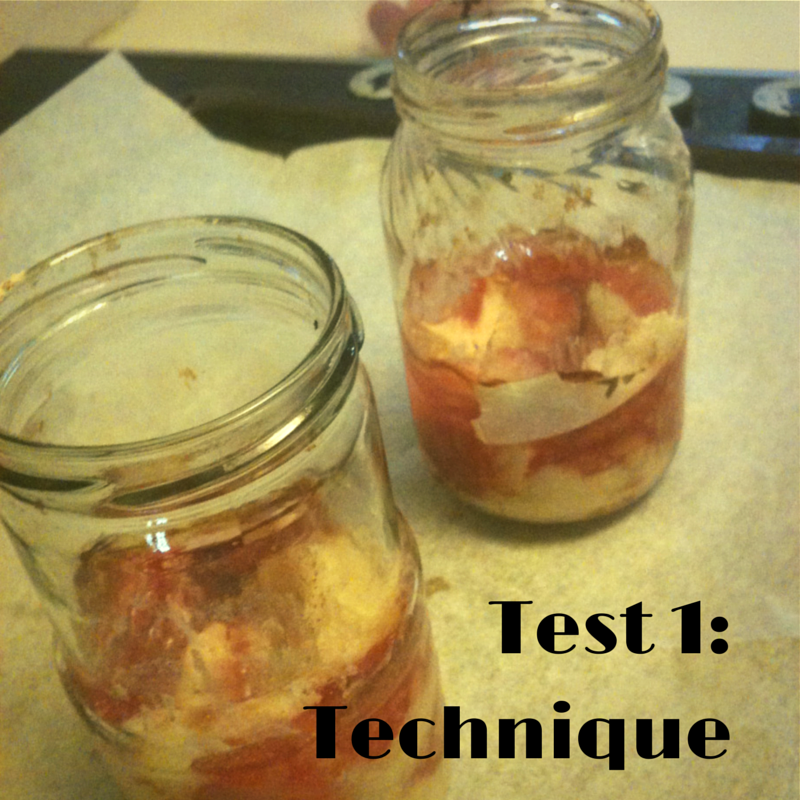 During the course of testing this clickbait, my ever tolerant spouse walked into the kitchen and saw me putting jars in the oven.

"This recipe says to bake in jars," I answered.

He's right and it does, but I believe the logic to be sound. This part of the recipe seems to get it right. I'm no expert on canning, but I'm pretty sure she's right when she says that canned glass jars are subject to high temperatures, so it stands to reason that they could be used to bake in. I don't know *how* much heat, and throughout the course of this recipe I handled the whole thing as if I was French kissing a vampire - very carefully.

I am pleased to report that the jars did not explode. Tfu tfu tfu, this method seems to work nicely.  (You may want to carefully remove all stickers from the glass. I make no claims whether burning stickers works or not. I didn't test it.) 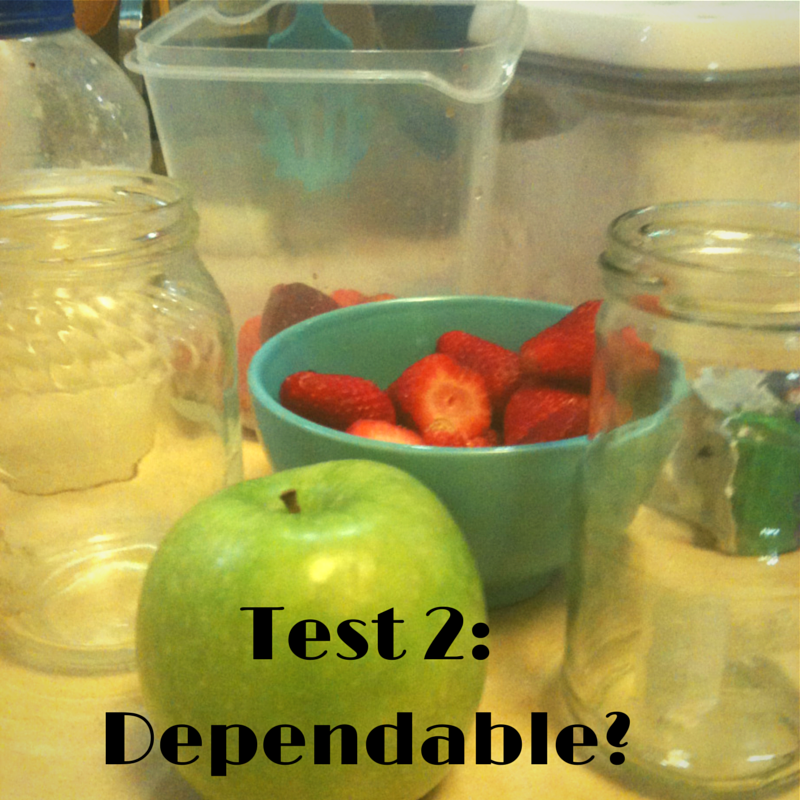 As far as the recipe goes, it could stand to be tweaked, both in outcome and in instructions. The actual recipe is as follows:

If I were to give this recipe to aforementioned patient hubby, he would probably implode. "How much fruit?" I don't know. "How much butter?" Some. "What size jars?" Medium? Who the hell knows. Plus, there is no mention of preheating the oven. Now, I'm no professional chef or nothing, but not a single solitary recipe I've ever heard of tells you to go ahead and bake without preheating the oven for a loooooong time. This does not. So I'm unimpressed. 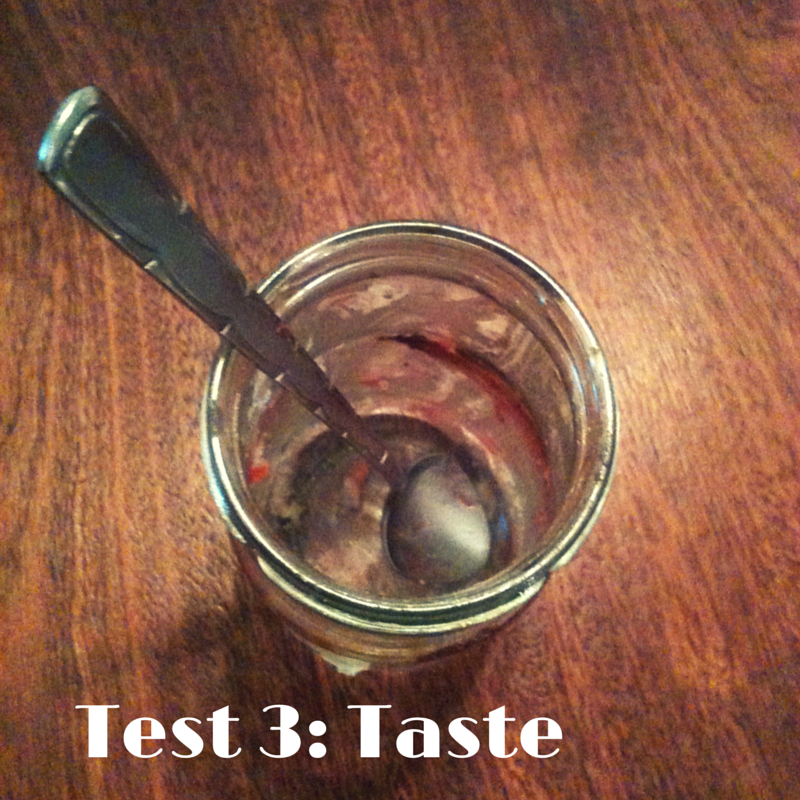 Finally, taste. Yes, this holds up. It's not an original recipe, but it tastes very good (If you want more exact amounts and instructions, the BBC looks like it has this precise recipe, with actual amounts.) I was a little concerned about not mixing the flour with the butter, and the fact that the flour sunk to the bottom of the jar, but it turns out that worked out just fine.

So, basically, this is a crumble recipe...baked in a jar. A little (a lot) too sweet for my tastes, but probably fine for your typical American dessert.

Bottom line: If you want to bake in a cute gimmicky way, yes, this works. Take to a picnic, watch people oooh and ahhh. They probably will. People are easily impressed.

The only thing I haven't tested is how difficult it is to wash those jars afterward.