This blogpost has been a looooong time coming.

It's been so long coming, I basically don't really want to stop cooking the recipe in order to write the post, which is unfortunate, because the recipe says 'stir constantly' which I can't actually do right now cuz I'm busy typing.

[takes a break to go stir]

The reason this recipe has taken so long to get up on the blog is that it is basically the topic of a whole (albeit tiny) revolution. It represents my entire cooking philosophy. [takes a break to go stir]. It is something that I am REALLY REALLY investing in convincing you to do, too. [stir.] It is fascinating if you stop to google it (which I did, and delayed this blogpost by several weeks cuz by then I had lost momentum.)

...it is something you can probably really screw up if you don't follow the directions and actually constantly stir. I'll be right back....

Finally, the reason I have delayed so much with this blogpost is because I want to give you a cost break-down of making it at home. I'll be honest, I'm not actually sure it will be cheaper to make at home. Despite the revolution (or maybe because of it) it doesn't actually cost that much to buy in the store. But it might be. So don't touch that dial, we'll figure it out. Together. (Actually, come to think of it, I'll figure it out here, alone, by myself, with no help, and will just give you the answer.)

And finally...the long-awaited, suspenseful build-up is a recipe for... 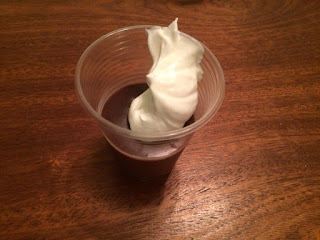 I'll betcha you had no idea you could make it yourself, right? Neither did I. Twenty-flipping years in Israel, and it never occurred to me that it didn't just grow on the supermarket shelf.

Turns out, Milky is simply...pudding. Topped with whipped cream.

Here' the recipe, and then we'll get to the cost. 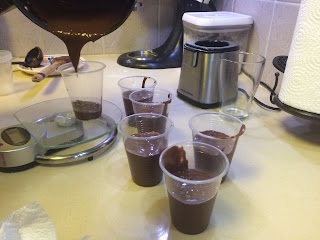 That's fricking it. Can you believe it?

Now, for cost breakdown. (All costs will be based on Rami Levi. Nope, I did not get discounts for saying that.)

I hope you appreciate what I do for you guys.

And now for the calculator. Ready? 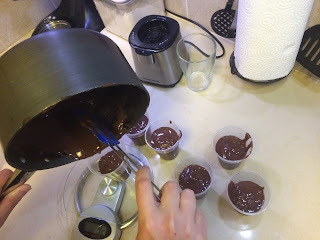