What's for Dinner, Ma (or, What I Would Have Named This Blog in an Alternate Universe)

Have you ever opened the fridge and realized that, even though it's full, there is nothing to eat?

I know I have.

It used to happen all the time when I was a kid (and would, invariably, end up in a parent answering back "There's lots of food! Open your eyes! And shut the fridge, you're wasting electricity!") and now, even though I am what some would claim to be a full-fledged adult, it still happens.

I think the problem is that much of the kind of food I make (or claim to make) takes HOURS to cook - beans from scratch, brown rice, that sort of thing. So, because nobody wants to make food when they're not actually hungry, I don't think about it until it's too late, and then I end up making pasta and white rice. Ok. Not really. Not together, that is. Rice and vegetables. Or pasta and stuff. Unfortunately, this is really not an ideal diet, and also tends to happen when it's gotten late and I'm hangry, cranky, and about to eat our cat.

For years, I've been trying to combat this phenomenon, in a number of failed ways. I have tried:

- making weekly menus
- an app with ideas of what's for dinner, so I can come up with menus on the fly
- notebooks with said dinner ideas
- creating a fb group called "what's for dinner," which failed miserably because most people (myself included) were too embarrassed to write down that what they had had for dinner was an egg on toast.

There is another 'what's for dinner' group on fb, and, with all due love and respect to my friends in that group, it is seriously NOT what's actually for dinner. What it is, is another form of Pinterest Lying - Facebook Bragging. 'I made a chilled tomato bisque with tomatoes that I grew from scratch organically in my back yard, coq au vin with a chicken I raised myself, melon-endives-asparagus salad, and fresh sorbet made with the tears of the starving children in Africa. Oh, and I made all that while homeschooling my 8 children.'

Anyway, I'm writing this post before I go try to get some beans cooked before I starve and get cranky and eat the cat, but in the meanwhile, I will share with you what is, actually, for dinner more often than not. 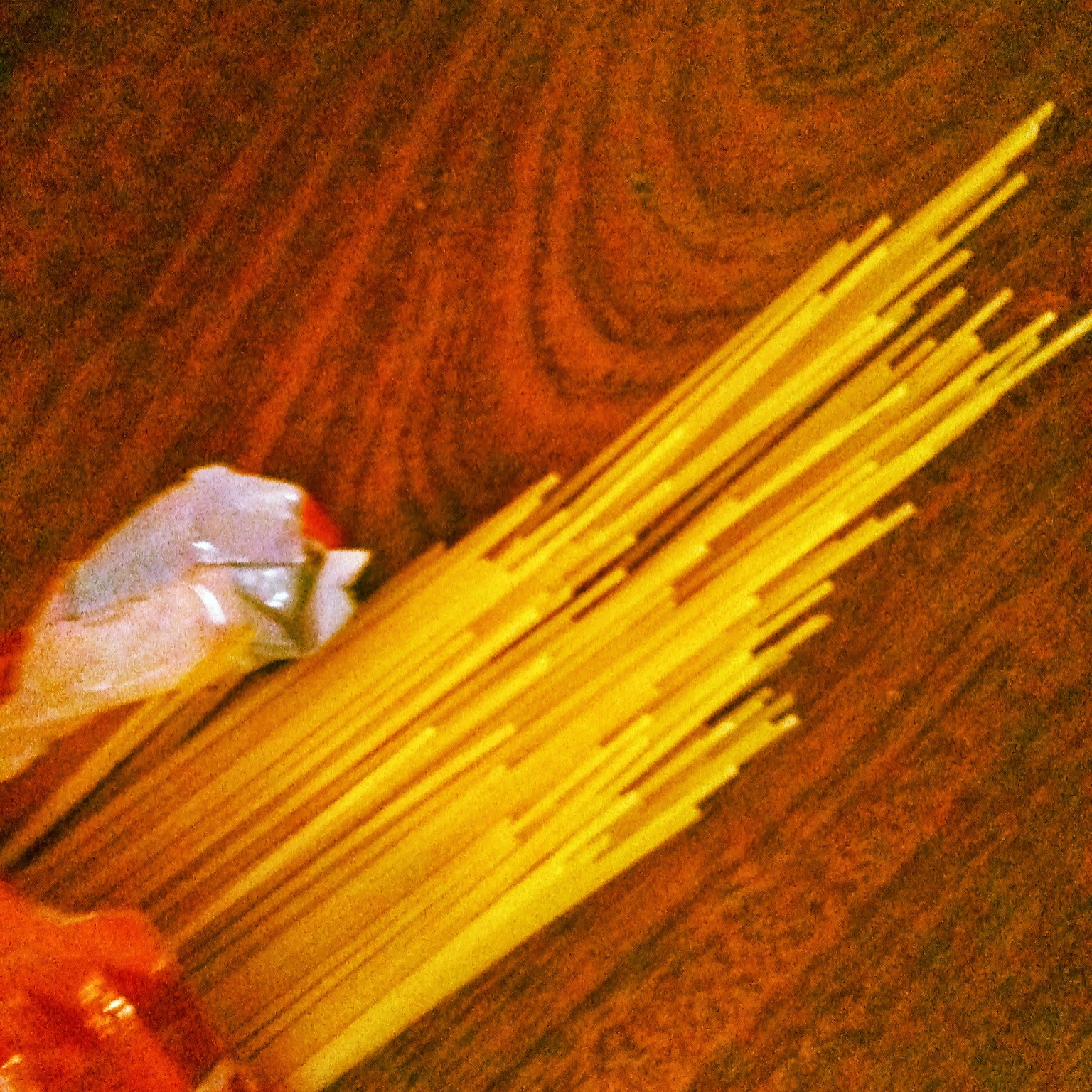 Pasta
Salt
Stuff
Posted by Babka at 6:24 AM